While I was away on holiday, contributing writer Eric Edwards was busy taking in multiple screenings of Oscar-bait films. He was kind enough to submit the following reviews.

Did you see any of these? What did you think?—PCN

Sherlock Holmes (Robert Downey, Jr.) is bored and depressed. His genius sleuthing abilities keep him from helping the throngs of people who write him because he solves their cases before he even finishes reading their letters. Dr. Watson (Jude Law) wants to get married, leaving Holmes’s childish behavior and their shared lodgings behind. Thankfully, a challenge to Holmes’s intellect arrives in the form Lord Blackwood (Mark Strong), a villain dealing in the black arts and one whom Holmes and Watson recently apprehended for Scotland Yard.

Screenwriter Anthony Peckham (who also penned Invictus; see review below) has taken the brilliant Holmes we’re all familiar with and attempts to make him more hip by adding martial arts to the detective’s arsenal. Holmes is even shown proving his prowess in the ring at an underground boxing arena. Oddly enough, in scene after scene in which he goes up against actual bad guys, Holmes doesn’t fare well.

In portraying the famous detective, the usually charming Downey, Jr. carries the burden of an English accent and it’s cumbersome. By contrast, Law’s put-upon Dr. Watson is much more interesting to watch because his accent is genuine and the actor uses a less-is-more approach. As Holmes’s former flame Irene Adler, the very talented Rachel McAdams is mired down by a script that doesn’t give her much to do. This movie is a mess that can be skipped by all but die-hard Holmes fans. 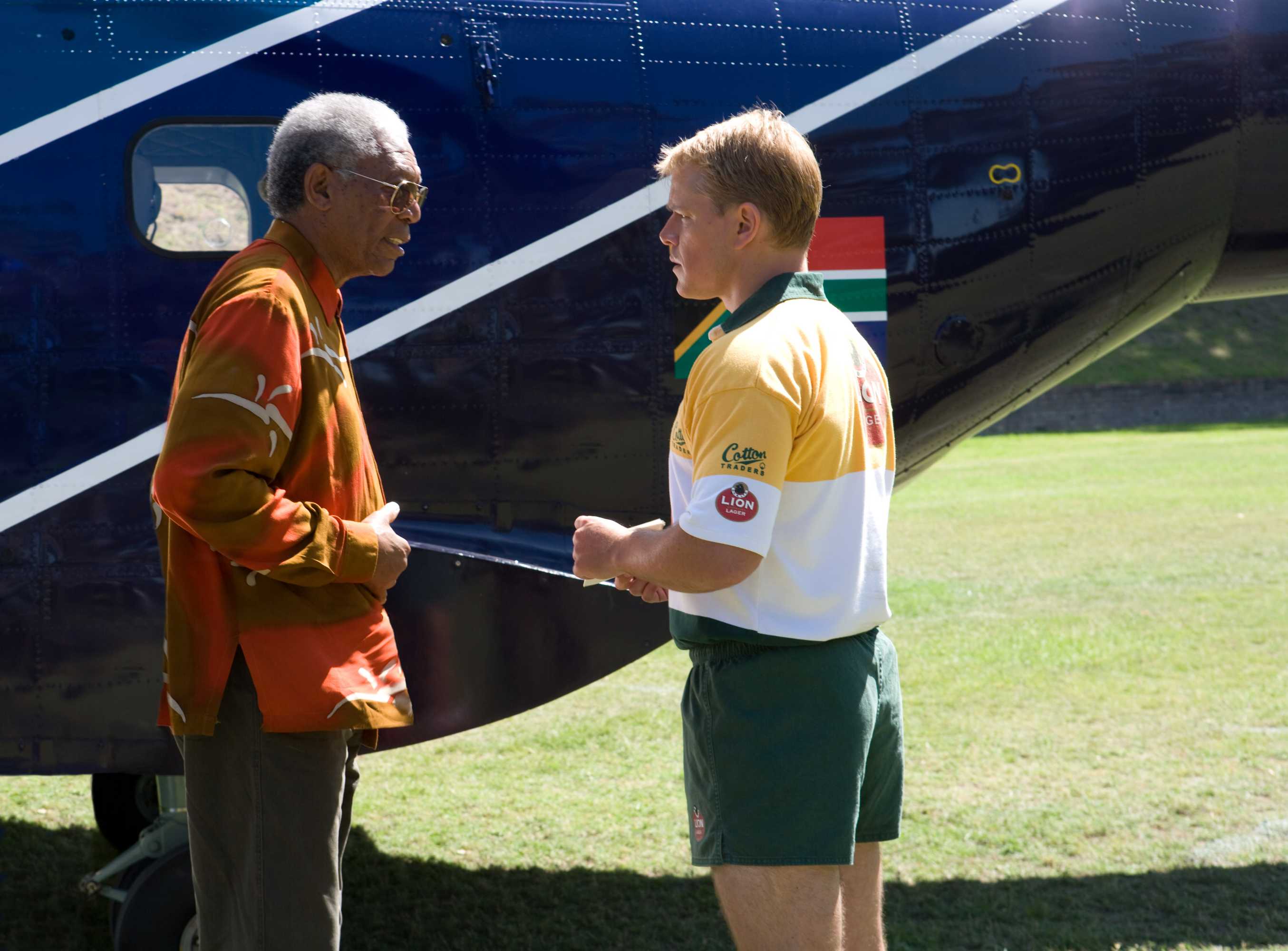 The major problem with this “inspiring true story” of how newly elected President Nelson Mandela employs South Africa’s national rugby team to unite the apartheid-torn country is that it lacks a balance between earnestness and heart.

It’s supposed to be the end of apartheid in South Africa, but the hate between black and white still remains and Mandela (Morgan Freeman) needs to help his beloved country move forward. He looks to emulate the business plans of successful countries such as the United States and China. But how to appeal to the working-class citizen? Create a hero they can get behind.

Mandela summons South African rugby captain Francois Pienaar (Matt Damon) to a meeting and they hit it off. While the president sets about memorizing the player’s names and stats and attending their matches, Pienaar visits Mandela’s former prison cell to better understand his new benefactor. A mutual respect blooms between the two.

Director Clint Eastwood sacrifices what could have been a heartfelt story and spends most of the film developing the relationship between Mandela and Pienaar. Damon and Freeman work well together and both deserve accolades for their performances, but as a whole the film is less than compelling. Each character, from Pienaar’s family maid to Mandela himself, speaks in clunky soundbites uncharacteristic of Eastwood’s usual subtle style. We never really get to know the rugby players, resulting in apathy on our part when we’re supposed to be rooting for the team. And if we don’t care about whether or not it wins the match and helps unite the country, the entire point of the film is lost. 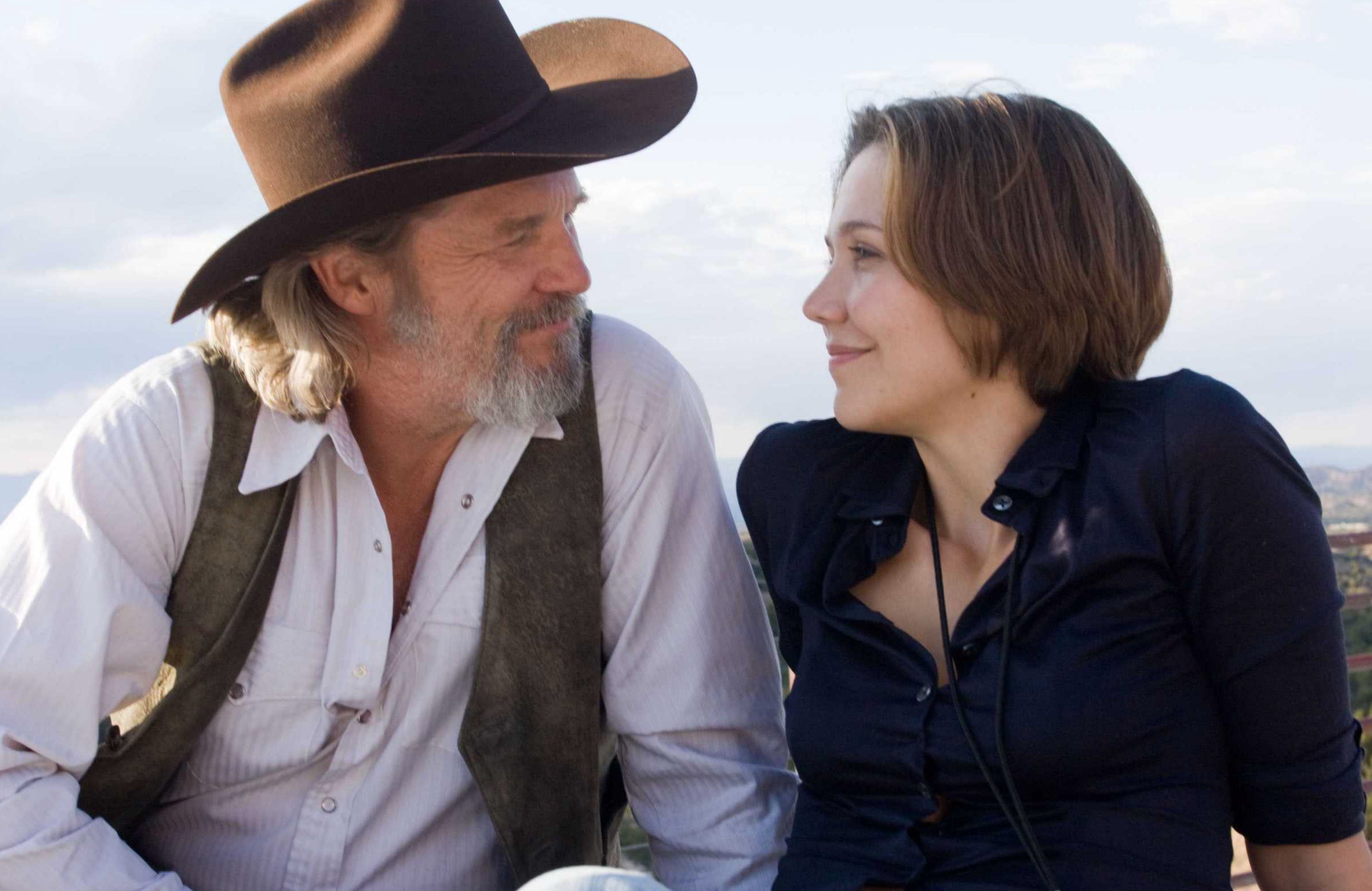 Bad Blake (Jeff Bridges), once a famous country singer/songwriter, has seen better days. Five marriages and a hard-drinking, heavy-smoking lifestyle has left him broke, forced into playing rundown bowling alleys and small dives across the Midwest just to make ends meet. Bad can still put on a show, but his fans are fewer, much older and his brand of “real country” is no longer relevant to today’s country music fans. What he needs is the inspiration to write a hit song. Enter budding journalist and would-be muse Jean Craddock (a completely miscast Maggie Gyllenhaal) and her 5-year old son, Buddy (Jack Nation).

Bridges’s performance, which includes doing his own singing, is solid throughout. His frustration with the cards life has dealt him is subtle, but etched as deeply as the lines on his face. Any frame of this movie without Bridges is a stark reminder of how much the film needs him to stay alive. It wasn’t the age difference between him and Gyllenhaal I found myself wincing at, it was the complete lack of chemistry between the two. Bridges, channeling a younger, better-looking version of Kris Kristofferson in his heyday, so richly deserves a more engaging companion to be inspired by and fall in love with than Gyllenhaal, who displays no allure whatsoever.

Colin Farrell shows up as Bad’s former protégé and current country superstar Tommy Sweet, and surprises me with his strong singing skills. Who knew? Both Farrell and Bridges could easily have careers as singers.

Writer/composer T-Bone Burnett provides the very catchy songs in Bad’s repertoire, but I wish the inspiring song that leads to his salvation was more memorable and not so morose. What should have been uplifting instead strikes one of the wrong notes in the film.