Even with the theme being “Rock & Roll Hall of Fame,” the episode had little rock and less roll. Some of the choices were weird, most of the songs were performed (mostly better) in previous seasons, and the whole thing was more boring than last week. So let’s get rolling:

I just figured out who Jacob Lusk reminds me of. His weird dance moves in the second half of “Man in the Mirror” immediately made me think of Juan Gabriel! Not that it’s necessarily a bad thing; JG is a very successful recording artist…in Mexico. Anyway, the vocals were kind of good, but what’s with him thrusting the backup singer? And what’s with the backup-bots waving boringly? Besides, I’m fed up with his overly theatrical skanky diva faces. The judges loved the performance; I say meh.

I told PCN last week I was on board Haley Scarnatto Grrrreinhart’s bandwagon, and after hearing her cover Erma Franklin/Janis Joplin, I say the girrrrrrl took another “Piece of My Heart.” She wasn’t as good as last week, but she’s growing as an artist, picking songs that fit her grrrowl, improving the phrasing, looking gorgeous on stage, commanding more presence and, in general, looking less awkward. On the downside, she’s still got lots to grrrrrow.

Casey Abrams brought an upright bass! I couldn’t care less for his performance, even though “Have You Ever Seen the Rain” is one of my favorite songs ever. The upright bass upstaged Casey but it might still be me hating him for what he did to Nirvana.

I’ll say it about Lauren Alaina: NOBODY has made that girl feel like a “Natural Woman.” I’m not advocating underage sexin’, just saying you can master the technical aspects of a song as hard as “Natural Woman,” make changes to the phrasing and intonation of the verses (I hated the runs in the first ones, liked the softness in the middle), but if you have no connection, there’s no point. And that’s it—she sang pretty but sold nothing.

One thing we learned (or re-discovered) about James Durbin is that he has serious trouble with his lower register. And I mean serious. It’s a good thing Steven gave him props for “weeping” like his guitar because it was the only good thing about the performance. The pitch problems throughout the song made all guitars around the world need tissues.

This was the first time Scotty McCheesy actually really entertained me. It’s no secret I like his voice and believe he’s got a real chance in country music, but this was the first time he looked like a contender. He raised the tempo and he’s starting to pull the cheese factor back. Weird thing—the cheese he brought kinda worked.

I had a headache watching Pia Toscano. She sang uptempo (more like mid-tempo in my book, but whateva) and even with a few pitch problems here and there, managed to sound amazing. But then, the visuals were all wrong. First, the dress was a fashion no-no (hear it from a straight guy); second, she walked around the stage and her walk was very, very boring. If you close your eyes, you hear a great “uptempo” song. If you mute the TV/VCR/PC, you see someone singing a ballad. Guess she’s still Pia Tosca-bore.

If anyone was really a bore, it was Stefano Langone. Three words: Kick him out.

Finally, Paul McDonald was real fun to watch. It wasn’t the greatest performance, but his voice actually fitted the song and the arrangement. He brought his spastic-chicken dance to the stage, even while playing his guitar (I think the other guys beside him had ants in their pants, too, because they danced very weirdly as well). But somehow it all worked. It was fun, a little underwhelming, but fun nonetheless.

What did you think?

Not Too Long Ago, In a Place Not So Far Away… 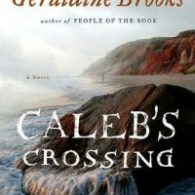