While reading Lauren Groff’s Fates and Furies, I wasn’t sure I liked the protagonists, Lotto and his wife, Mathilde, but I could not stop reading. About halfway through, I realized it was like being hypnotized, when you’re compelled to do something without being entirely in control of your actions.

The story opens with Lotto—short for Lancelot—and Mathilde on a beach, giddily making love after they eloped. They’re 22, beautiful, new Vassar grads, and the world is as infinite as the ocean before them.

Having enjoyed success and adoration in college as an actor, Lotto attempts to make it as a thespian in the real world. Mathilde gets a job in an art gallery and supports him while he pursues his dream. The first part of the book, called “Fates,” traverses 20+ years of their marriage from his point of view. The latter half, titled “Furies,” is her version. There’s a Greek chorus throughout adding commentary, though not often enough to be disruptive.

In school, Mathilde is a skilled writer known for her “rococo sentences.” Many of Groff’s sentences can be similarly labeled. Witness the following:

He would have liked to go deeper into her, to seat himself on the seat of her lacrimal bone and ride there, tiny homunculus like a rodeo cowboy, understand what it was she thought.

But Groff’s writing can also be powerfully succinct:

[S]he’d been so lonely that she let a leech live on her inner thigh for a week.

Lotto is a self-centered, infantile man with an incessant need to be loved—or at least positively reviewed—by everyone, but he also has a generous heart and a belief in the good of people. Mathilde…well, you’ll have to read the book to see. Though I found Lotto and Mathilde and their friends to be pretentious and callous at times, Groff created a world I was inexorably pulled into, like a mariner caught in a siren’s song.

Q & A with Robert Crais 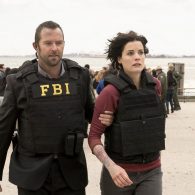