Coincidentally, without even thinking about how March is women’s history month, I’ve been mostly reading books and watching movies and TV shows written or directed by women and featuring strong female protagonists.

I’ll write about the books in a separate post, but below are some quick thoughts about Tomb Raider, which opens Friday, and Collateral, the four-episode miniseries available now on Netflix.

I went in with very low expectations and was surprised when I didn’t find myself incessantly rolling my eyes. I can’t imagine this was the best project offered to Alicia Vikander after she won an Oscar, but the always riveting actress is the reason Tomb Raider is watchable. And hey, Angelina Jolie also chose to play Lara Croft after she won her Oscar so what do I know?

Vikander gives Lara a welcome vulnerability and grounds the action in this world even as Lara chases artifacts from ethereal realms. Yes, her arms and abs are corded with muscles, but her most impressive features remain her expressive and intelligent eyes, which let us know she can handle herself in tough situations.

The first half of the movie covers how Lara goes from being a broke bike courier to badass treasure hunter, and the second half resembles a video game that really wants to be Raiders of the Lost Ark. It doesn’t come close, but Vikander makes it palatable and you don’t feel stupider afterward.

On paper, it sounds like this miniseries covers too many timely issues: anti-immigration sentiment, racism, fear of terrorism, sexual harassment, PTSD, human trafficking, drugs, and a church’s resistance to gay female vicars.

But somehow Collateral makes it all work without being preachy, wrapping everything up in a mystery surrounding the assassination of a pizza delivery man. In this way the show reflects real life, where we have to deal with multiple obstacles every day.

As Detective Inspector Kip Glaspie, Carey Mulligan gives the most quietly commanding performance I’ve seen from her. Jeany Spark is haunting as Captain Sandrine Shaw, an intense war veteran who only wants to protect her country but no one protects her when she needs help. And it’s always wonderful to see Nicola Walker (Ruth from Spooks/MI-5), playing a vicar who must choose between her own needs and those of her parish. I was slightly annoyed, though, that her lover, Linh, is Vietnamese but played by an actress (Kae Alexander) who obviously isn’t.

Written by lauded playwright/screenwriter Sir David Hare and directed by S.J. Clarkson, Collateral is a thought-inducing show about the complex times we’re living in, and the compromises that are sometimes made in order to do the right thing. 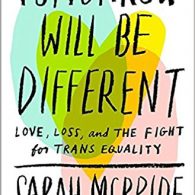