Low Interest at THE INTERNATIONAL, SHOP Elsewhere for a Good Movie

Valentine’s Day was this weekend so I wanted to see something romantic. But, not being a very girly girl, I also wanted to balance out my moviegoing experience with something more muscular with actions and thrills. So I saw The International first, then Confessions of a Shopaholic. Turns out they both had the same theme—bankers/debt collectors are evil—and neither gave me a very good return on my money. 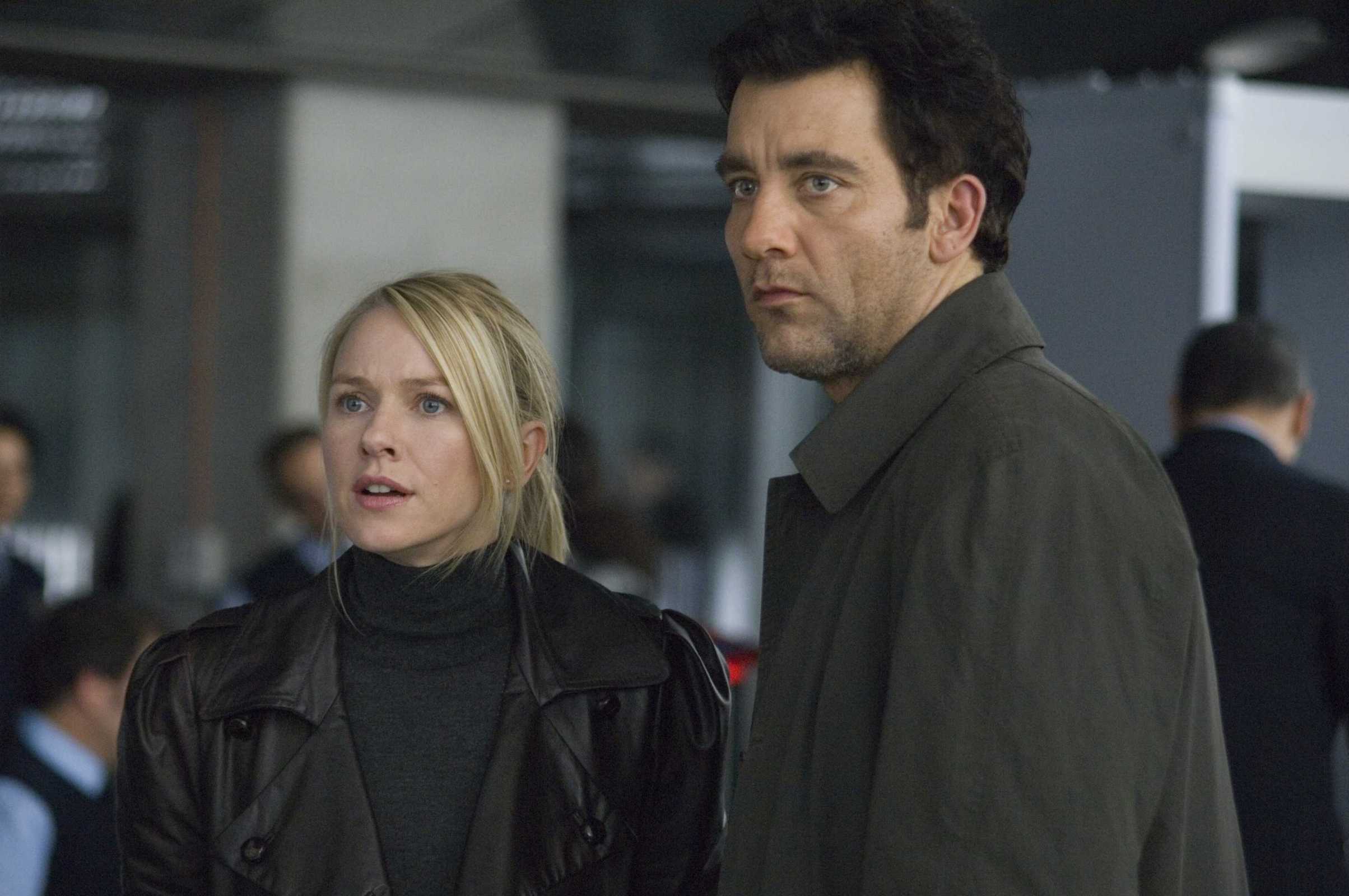 I didn’t know much about The International‘s plot but was attracted by headliners Clive Owen and Naomi Watts, as well as director Tom Tykwer. Tykwer directed Run, Lola, Run, the terrifically kinetic German thriller starring Franka Potente that was nonstop awesomeness. Characters in International move more slowly and with less energy, which is okay, except for the parts when they’re boring.

The bad guys are executives at a powerful, international bank who are providing arms to small countries in conflict. They also assassinate people. I can’t say that bankers—these bankers, anyway—are the most compelling villains but considering the economic mess we’re in, they make relevant bad guys. Owen plays an Interpol agent trying to stop them and Watts is a New York City ADA working with him. Both turn in adequate performances; it isn’t the best work for either. If you’ve ever seen a thriller, any thriller, you can predict almost everything that happens in this movie, but there is a jaw-droppingly spectacular shootout in the Guggenheim that’s gutsy, original and worth seeing. 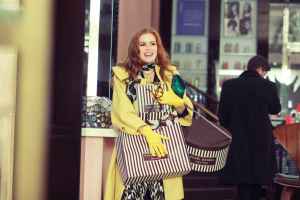 Shopaholic is a much bouncier and more colorful affair than International but the creditors in this movie—one in particular named Derek Smeath—aren’t very friendly, either. Our heroine, Rebecca Bloomwood (Isla Fisher), is the titular girl who’s addicted to designer labels despite her mountain of debt. Ironically (and quite implausibly, but that’s another matter), she becomes famous as a financial advice columnist. Smeath is the relentless debt collector who’s out to get literal payback from Rebecca and expose her hypocrisy.

The movie, produced by Jerry Bruckheimer (who might have been more at home producing International), is based on the first two books in the popular Shopaholic series by Sophie Kinsella. Becky is British in the books and I’ve always seen/heard her that way in my head so her being American in the film took some getting used to. Isla Fisher is Australian and probably could’ve done a very convincing British accent. Regardless, she is like a platinum card with no limit on her comedy potential. She dives into her role (sometimes literally) with gusto, totally unconcerned about whether she’d muss up her hair or fancy wardrobe (put together by the inimitable Patricia Field from Sex and the City fame).

But despite Fisher’s winning, energetic performance, she seems to be running in place because the movie is a pastiche of scenes that don’t add up to one cohesive plot. It’s like a big, pretty package that contains mostly styrofoam peanuts on the inside. Hugh Dancy, whom I really, really like, plays love-interest Luke capably enough (with British accent intact!) but he looks too young to be editor of a magazine (he owns a PR firm in the books) and there’s not much chemistry between him and Fisher. They’re two talented actors thrown together and told to act cute but there’s no real heat. 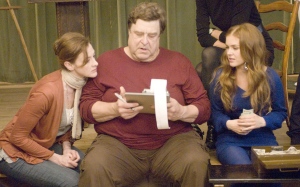 The supporting cast is overstuffed with accomplished actors like Kristin Scott Thomas, John Lithgow, John Goodman, Joan Cusack, and Wendie Malick, who aren’t given much to do. Lynn Redgrave practically does extra work in a cameo that surely won’t do anything to improve her credit(s). Also, it was disconcerting to see 46-year-old Cusack play 33-year-old Fisher’s mom.

I know times are tough right now but I had no problem watching Becky go shopping and dressed in pretty clothes. Fantasy is more fun than a movie about the economic crisis. But this flick is like a purchase you instantly regret as soon as you get home. My advice? Wait ’til it goes on sale as a DVD.