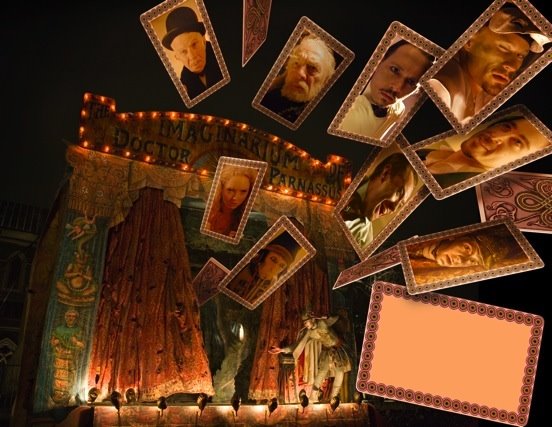 via Imaginarium of Doctor Parnassus Trailer

The clip below of Terry Gilliam’s movie shows Heath Ledger as Tony, who’s part of a troupe of performers trying to save Dr. Parnassus’s daughter from the Devil. Parnassus (Christopher Plummer) had promised his daughter to the Big D in exchange for immortality and now wants to renege. As you well know, Johnny Depp, Jude Law and Colin Farrell stepped in to play different versions of Tony after Ledger’s death (all four actors are in the above picture).

If the clip whets your appetite and you can’t wait until the movie’s release in October, you can read a copy of the script by Gilliam and Charles McKeown, dated May 2007. I’ll e-mail it to five subscribers randomly selected from all entries with a correct answer to the following:

Q: Besides I’m Not There, name another movie in which more than 2 actors played the same character.

Movie Review: INSIDE OUT

Review: Stieg Larsson's THE GIRL WHO PLAYED WITH FIRE