Book Review: SUMMER AND THE CITY by Candace Bushnell

With no more new TV episodes of Sex and the City and no certain news of another movie on the horizon, I was happy to see the recent release of Candace Bushnell’s Summer and the City, the follow-up to The Carrie Diaries in the YA series about Carrie Bradshaw’s teenage years.

Though I had no desire to read Diaries, which takes place in Carrie’s hometown of Castlebury with unfamiliar characters, I wanted to check out Summer since seventeen-year-old Carrie is in New York City, wearing thrift-shop eighties fashion, taking a writing workshop and falling in love with an older man. It’s also the summer she meets Samantha, Miranda and Charlotte, though the last doesn’t appear until the very end.

Bushnell has succeeded in doing the tricky thing of making Carrie’s voice instantly recognizable from the series and movies, but also younger and more naive. Though Carrie is insecure about her writing skills and relationship with her famous playwright boyfriend, her pluck is already evident in instances such as her reaction to a fellow student’s writing:

There’s nothing I hate more than some stupid romantic story about a perfect girl who every guy is in love with and then she kills herself. Because she’s so tragic. When in reality, she’s just crazy. But, of course, the guy can’t see that. All he can see is her beauty. And her sadness.

Guys can be so stupid.

At times, Carrie does get overly dramatic about things but if I cracked open my own teenage diaries, I’d probably find the same angsty thoughts. What I like about both the teenage and adult Carrie is that she makes mistakes but retains her optimism and loyalty to her friends. The young Miranda is already entrenched in her feminism but Samantha is different than the version we know. In this book, Ms. Jones is planning her wedding (wha?) but you can see Bushnell planting the seeds for what Samantha later becomes.

This is the rare YA novel that’s both appropriate for its target demographic and enjoyable by women beyond that age group. Teenage girls can be entertained by Carrie’s sense of romanticism and adventure in New York City, while it doesn’t hurt the rest of us to be reminded of a time when we were fearless and life was full of possibilities.

Buy this from Amazon 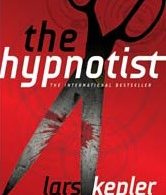 Book Review: ROMANCE IS MY DAY JOB by Patience Bloom