For the past four days, I’ve been running nerdy anecdotes from crime authors who were generous enough to share their stories and, in some cases, pictures as well. They did it to help me celebrate my third blogoversary today. I profusely thank them and you for reading, promoting, playing along, and coming back for the final blowout. Hope you’ve had as much fun as I have, and that you found some new authors to check out after you read about their amazing feats of nerdiness.

I had a few emails asking if I’d be sharing any tales of my own. I hadn’t planned to, but then I thought perhaps it would only be fair since I asked others to do it. So here goes.

I once had a crush on this guy, and when I was at his house one day, I saw a chess set sitting on the coffee table. I challenged him to a game, thinking I’d impress him because a) I was good, and b) I didn’t know any other girls who played chess so that would make me cool, right? I checkmated him in about five moves but oddly enough, he never asked me out. Lest you think this happened when I was little and didn’t know better, I did this when I was in college.

I’ll give you a moment to digest that. Drink if you need to. Better? OK, let’s get to the answers!

B. Elizabeth Duncan (tried to vote for her amateur sleuth forty times)

A. Duane Swierczynski (wrote his own blurbs)

B. Tess Gerritsen (taught herself hieroglyphs)

How did you do? Are you surprised at some of the answers? Before I get to the slide show, I have to reveal the two winners of the giveaway. I plugged all the names into random.org and it selected:

Congratulations! Naomi, your name was picked first so you get first choice from the list. I hope now you’ll stop feeling stabby and won’t file that complaint.

I believe that’s all the business. As a party favor, here’s the “Before They Were Authors” slide show. Enjoy, and I hope you’ll keep the fun going by leaving your own nerdy stories in the comments. To paraphrase Kenny Loggins, everybody cut nerdloose! 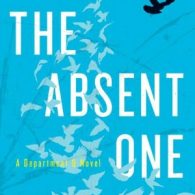 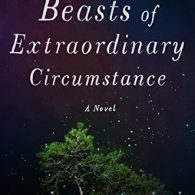