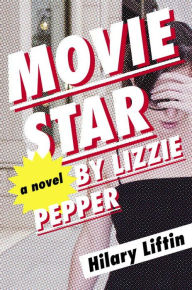 The concept is that this book is a fake memoir by Lizzie, cowritten by the very real Liftin. Lizzie is a young famous actress swept up in a whirlwind romance with a much more famous actor and in all the ensuing paparazzi hullabaloo.

Life seems perfect, with the private jets and multiple mansions and public declarations of love from her man and the elaborate wedding—until Lizzie realizes everything might be too perfect.

Lizzie and Rob Mars, her superstar husband, never fight, and she can’t seem to penetrate his unflappable surface. And oh, yeah, there’s that mysterious, cultish organization he’s dedicated to.

This is a thinly disguised roman à clef of the Tom Cruise and Katie Holmes story, so most readers probably know how it begins, quickly escalates, and how it ends. But we don’t know what happened in the middle parts of this fairy tale gone wrong, and Liftin provides a fictional account here, a very readable one.

The author humanizes the movie stars, people who often seem too glossy to be real. Lizzie is no dummy and she’s grounded, but Rob’s courtship is very heady, and I could understand how she allows herself to get drawn into his world so fast she doesn’t realize what’s happening until she’s imprisoned by it.

Though Rob remains a cypher, even to Lizzie, Liftin portrays him sympathetically, not as a nut case, as many tend to label Cruise. Rob’s behaviors and beliefs stem from his conviction that he’s doing the best thing for himself and those around him, that he must always be the hero, offscreen as well as on. Sometimes, though, Lizzie just wants him to get angry, fart, be human.

Liftin also doesn’t vilify One Cell Studio, the organization to which Rob belongs and devotes much of his time. While some higher-ups at the studio do behave atrociously and are definitely creepy, not all members are that way, and the practices don’t seem as alien as some Scientology exercises are rumored to be.

In a Twitter culture with the masses instantly slapping unflattering labels on things and people they don’t understand, Liftin offers a different perspective on very public figures, perhaps asking that readers be less hasty to judge, and to appreciate our ordinary, human lives.

LONG LOST Myron and Win Are Back!