Oh, man, it’s been so hot here, I’m tempted to run down the street naked and dive into random sprinklers. Mr. PCN said the neighbors would just think it’s a regular Friday.

The other day, I was reading with the window open and smelled smoke and got all annoyed at my neighbor for ruining my air. He’s always outside my window smoking something or other.

Then I turned on the news and saw it wasn’t my rude neighbor but a FIRE.

Speaking of heat, below are our favorite July reads. This month, we have a guest contribution from Mr. PCN, who liked a book so much he wanted in on the NSL action.

From Jen at Brown Dog Solutions:

Hum If You Don’t Know the Words by Bianca Marais (Putnam, July 11)

Set in the midst of apartheid in 1970s South Africa, Bianca Marais’ debut novel is heartbreaking and inspiring, revolting and uplifting. The darkness of hate is countered by the illumination of love and compassion. The result is an intensely powerful story that transcends time and geography.

Robin is nine years old when her parents are killed. Her only remaining relative is her aunt, Edith, an airline hostess.

Beauty is a widow schoolteacher whose daughter, Nomsa, goes missing during the Soweto student uprising. Beauty leaves her home in the rural village of Transkei to search for Nomsa.

Fate brings the two together when Edith needs someone to look after Robin while she travels for work, and Beauty needs a residence in order to stay and try to find Nomsa. Robin’s white world clashes with Beauty’s black one at first, but they each learn from the other. The lessons are rarely easy, but their journey together is gripping and hopeful.

Hum If You Don’t Know the Words is at times very difficult to stomach. The hate and disregard for human life is too easily disseminated. But Marais does find light in the darkness, reminding readers that change starts with those little glimmers of kindness and compassion, and that bigotry is learned behavior that, under the right circumstances, can also be unlearned.

D.J. Steinberg’s nonfiction picture book about King Louis XIV is whimsically delightful. Adults will have as much fun reading it to children as kids will have taking in the world of this famous French king.

The story (accompanied by fun facts at the end) of short-stature Louie’s high-heeled shoes is as captivating as Neubecker’s fantastic caricature illustrations, bold with color and humor.

Louie wants to be big in every way. He gives big gifts, holds big parties, but he needs to figure out how to change his height. He tries tall wigs and high thrones before asking his shoemaker to craft him special shoes. The result offers a life lesson complete with giggles. Steinberg and Neubecker know how to make learning fun, for kids and adults.

If a book can be said to be both dreadful and wonderful, then Gather the Daughters is one such book.

Set in an unknown period after a fire destroys civilization, an island community is formed by ten men desiring a deeply patriarchal society. These men, known as the ancestors, make a list of things a person shalt not do and those are the rules that govern their small society.

The men farm, or carve, or labor outside the home, while the women keep house. Females submit to their father until they are married, and then they submit to their husbands. When their child has a child, they take their final draught. The shalt-nots are never questioned, and if women were to question them, well, bleeding out is very common in childbirth.

Janey, Amanda, Caitlin, and Vanessa are four girls living in this rustic island community. They begin to question the rules, and that is a very, very dangerous thing to do. When one of the girls is murdered for desiring something better for her own daughter, the girls start a resistance.

Eerie, bleak, and full of dread, Jennie Melamed’s debut novel is also excellent. Her beautiful prose balances the grim existence of the characters, and the multiple narrators flesh out life on the island. For those who enjoy dystopian fiction, this will be my go-to recommendation of the summer.

From Lauren at Malcolm Avenue Review:

In Fierce Kingdom, Gin Phillips turns an idyllic mother-son afternoon at the zoo into a skin-prickling, breath-holding nightmare.

As Joan and her four-year-old son rush to the park’s exit at closing time, they find their path blocked by a man with a gun. What follows is a three-hour, real-time evening of cat and mouse, where every noise could mean death around the corner.

Phillips does a stupendous job creating an atmosphere that will take readers straight to the gut of the hunted. This is one hell of a summer blockbuster.

A Beautiful, Terrible Thing: A Memoir of Marriage and Betrayal by Jen Waite (Plume, July 11)

We’ve all been there. Watching a movie or reading a book, we’ve all said, “That could never happen to me,” or “There’s no way I wouldn’t have seen THAT coming.” Jen Waite is here to dispel those notions with her gutsy and oh-so-important memoir.

Jen and her husband Marco’s first encounters were out of a Hollywood movie. The sparks flew, they “just knew.” Five years later, the blissful couple is married and expecting a baby.

But after his daughter is born and his wife is at her most vulnerable, Marco changes into someone unrecognizable. In Before and After timelines, Waite takes readers through the horrific journey of discovering the man she thought she knew was a textbook psychopath.

Waite pulls no punches on any front, writing with scathing honesty about herself, Marco, guilt, shame, cognitive dissonance and the myriad emotional assaults that come from such a discovery.

This is not a story of redemption. Waite required none and Marco can never obtain it. It’s the story of one woman courageous enough to share her story to shine a light for others.

From Patti at Patti’s Pens & Picks:

This eighth book in the awesome Blessings series, about a woman who bought a town on eBay, has two citizens marrying, one citizen planning another’s funeral, and Gemma and her grandson working on fostering and adopting two orphans injured in a tornado. Another very enjoyable visit with the Henry Adams community in Kansas.

First of all, I’d like to say I am honored to be among all of you who tirelessly contribute to the NSL. Here’s my contribution.

Marcus Sakey’s novel encompasses a London street urchin in 1532, a modern-day sniper being chased by two FBI agents, and not only what connects them but literally everything in between. I’d describe it as spiritual science fiction with a love story at the center of it all. Confused? Just read it.

Note: Producers Ron Howard and Brian Grazer have grabbed Afterlife to turn it into a feature film. I hope they don’t muck it up.

Manon Bradshaw from last year’s Missing, Presumed is back, and this time she has 1.5 kids, one she adopted and another in her tummy. The single mom (by choice) has moved from London to give her family the elusive better life, but then murder happens nearby. And the main suspect is someone Manon will turn her full fierceness on to protect.

She and her former detective constable Davy, who’s now a detective sergeant, are the kind of decent, smart, and witty people with whom I’d want to share a pizza (English sandwiches?) if they were real. Add the complex plot and Unknown proves Steiner should be as well known as the best writers in crime fiction. 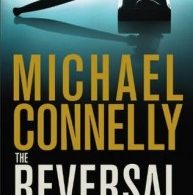 Book Review: THE LIGHT WE LOST by Jill Santopolo