*Spoilers about House season finale ahead*

Second warning, if you haven’t watched last night’s episode, stop reading now. If you have seen it, read on and discuss!

Last week I was shocked when I heard Lisa Edelstein would not be back as Dr. Cuddy for House‘s season 8 (read the announcement here) but after watching last night’s finale, I’m thinking she’ll be better off. Dr. House (Hugh Laurie) has been an ass for many years now, but in the beginning it was fun. He was a kind of wish-fulfillment character—we wish we could be that blunt and live life on our own terms.

But during the past couple of seasons, he has become much more cruel and destructive, sometimes just for sport instead of for the good of a patient. The harm he caused, though, was mostly to himself so I put up with it. When he drove his car into Cuddy’s living room last night to break up a small dinner party, he stopped being just a petulant man in arrested emotional development. He became a psychotic person who attempted, at the very least, vehicular manslaughter. House is one sick jerk who didn’t just get thrown back to square one when Cuddy broke up with him (as she should have), he’s become a character I no longer like, and not in a love-to-hate way. Edelstein’s news indicates Cuddy will finally leave House behind next year, something I’ll probably do, too.

What did you think of the finale? 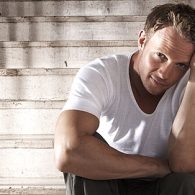