I’ve never been a big fan of Tom Cruise, even before all the crazy talk and couch jumping. He comes across exactly the same way in every movie, no matter who he plays, even Les Grossman in Tropic Thunder. Imagine my surprise, then, when I found myself liking him as Roy Miller in Knight & Day (out today) more than I’ve liked him in anything for a loooong time. It’s as if he realized he doesn’t have to try so hard to prove he’s a mega star.

Roy and June (Cameron Diaz) meet in an airport as she’s flying to Boston to attend her sister’s wedding. They bump into each other twice and it’s super cute with lots of smiles and “No, I’m sorry”s. We know Roy is manipulating the encounters; we just don’t know why. Then they both end up on the same plane and all sorts of crazy stuff breaks out. There are fights in tight spaces and creative use of seat belts and cords from oxygen masks.

After a crash landing, lots of other outrageous things happen in quick succession, with everyone chasing a MacGuffin all over the globe, from Massachusetts to Spain to Austria. Not all of it makes sense but you really don’t need to understand everything. It’s just an excuse to watch Cruise and Diaz banter and have a lot more fun here than they did in Vanilla Sky. Though Roy is a highly skilled action hero, he’s also a former Eagle Scout who’s soft-spoken and polite even while dispatching baddies. “Please move,” he nicely asks a bystander during a fight right before he slams into the space where the person was standing. When June freaks out in the midst of massive gunfire, he says in a calming voice, “I’ll just go talk to these guys and I’ll be right back. Actually, I’m just gonna shoot them, but I’ll be right back, okay?” Instead of busting a vein trying to show us how badass he is, Cruise relaxes into Roy’s gentlemanly ways and the result is rather charming.

Diaz’s June screams a lot at first but the actress manages to make her character’s reactions more realistic than annoying. If I were repeatedly thrown into a hail of bullets, dodging firebombs from airplanes and chased by bulls in Seville, I’d probably behave that way, too. But June eventually gets the hang of things and it’s entertaining to see her develop her action muscle.

Supporting cast includes Viola Davis, who’s completely wasted in the role of an FBI muckety muck, and Peter Sarsgaard, who is problematic because you know he’s a bad guy the instant he appears on screen. No, really, Roy tells June in the beginning if she runs into Sarsgaard, he’s a bad guy. I thought, “Well, duh. It’s Sarsgaard. No warning required.” But this isn’t a big hindrance because the movie isn’t about him. You sign up for the thrill ride with Cameron and Tom as your energetic Cruise directors.

Nerd verdict: Go where the Day takes you.

Movie Review: THE SECRET IN THEIR EYES 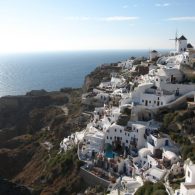 Movie Reviews: THE FAULT IN OUR STARS & EDGE OF TOMORROW