As the titular character in Rene Denfeld’s The Child Finder, Naomi does exactly what her job description says: find missing children. Madison disappeared three years earlier, at the age of five, and her parents have approached Naomi. The family was in Oregon’s Skookum National Forest to cut down a Christmas tree when the little girl walked away—and seemingly off the edge of the Earth. It’s impossible for Madison to have survived in the wilds and frigid cold by herself. Turns out she didn’t.

The story alternates between Naomi’s point of view and Madison’s, although Madison has been calling herself the snow girl, after her favorite fairy tale. The child’s living conditions—more like survival conditions—are disturbing, but her resilience is a marvel and Denfeld uses restraint in describing the most difficult scenes.

Besides Madison’s case, and another one involving a mother incarcerated because she can’t remember how her baby disappeared, Naomi must also confront mysteries in her past. She was found at the edge of the woods when she was nine and has no clear memories of what came before.

Haunted by what she doesn’t know, and believing her work is atonement for something, Naomi wonders why people have children when it means potentially inviting so much pain. But while Child Finder is indeed gut-wrenching, its compassion goes a long way toward healing readers’ aching hearts, showing that love is always a risk worth taking. 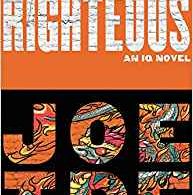